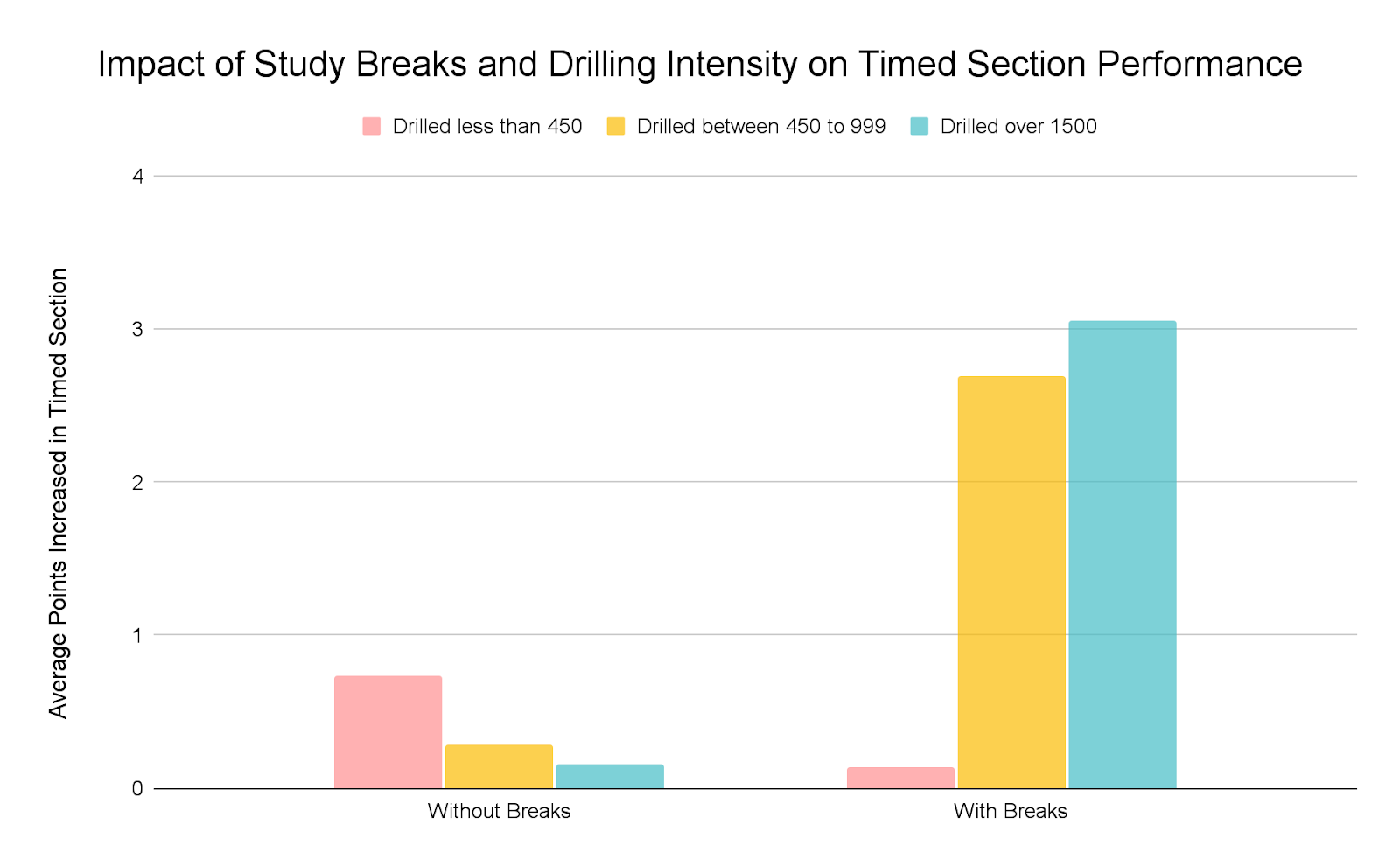 1. How much time should I spend on each question?

Time pressure is what makes LR very challenging. In addition to knowing the answer to a question, you need to answer it quickly. That is why drilling is important. It is a way to build “muscle memory” and reduce reaction time. The key is to proportion the allotted time strategically to minimize the time spent on easy questions and maximize the time required to process difficult questions. Our data indicates that veteran AdeptLR drillers on average spend 47 seconds on easy questions, 60.5 seconds on moderately difficult questions and 76.4 seconds on the most difficult questions (see Chart 1a). Drilling is the key to improving timing. For every 200 questions a user drills, the average time spent on a question reduces by 3 seconds. In summary, consistent drilling is crucial not only for improving accuracy, as discussed in our last post, but it also improves speed!

2. Can I take breaks from intensive drilling?

Insights obtained from LawHub data suggest that preparation lengths vary considerably among users, with an average preparation time of 125 days. Many drillers take study breaks in between. Discounting those breaks, on average, drillers are actively preparing for a length of 78 days. A common question our users ask is, “Should I drill intensively for a short period of time and is it okay to have a break in between?” Our data suggests that there is an advantage to taking your time to prepare and thereafter drilling as many questions as you can!

We stratified users by the number of total questions drilled and whether they took study breaks. We compared the average improvement in correct responses in Timed Sections and found that in general, users who took study breaks and practiced a lot outperformed other users. Drilling a large number of questions within a short period of time did not appear beneficial. For example, for users who drilled over 1,500 questions, those who took study breaks averaged almost three more correct responses in Timed Sections than those who didn’t take such study breaks. In summary, take your time to prepare and drill – slow and steady wins the race.

LSAT preparation is a long journey and requires tenacity. Many people hit a plateau at some point, whereby your score does not seem to improve even with continuous practice. We found users tend to hit such a plateau shortly after they drilled over a thousand questions. Their average scored in Timed Sections lingered around -3 at that point. Upon reaching the plateau, some users continued to drill, and our data showed that if they were able to cross the two-thousand question threshold, their scores in Timed Sections would trend back up and reach -2 and -1 on average. Chart 3 shows an example of a user’s performance in Timed Sections. In short, hitting a plateau is very common. The key is to persevere and a breakthrough will come.

In the next blog post (our final blog post of this series), we will go beyond data and share some test-taking tips on your LSAT test day. Stay tuned! 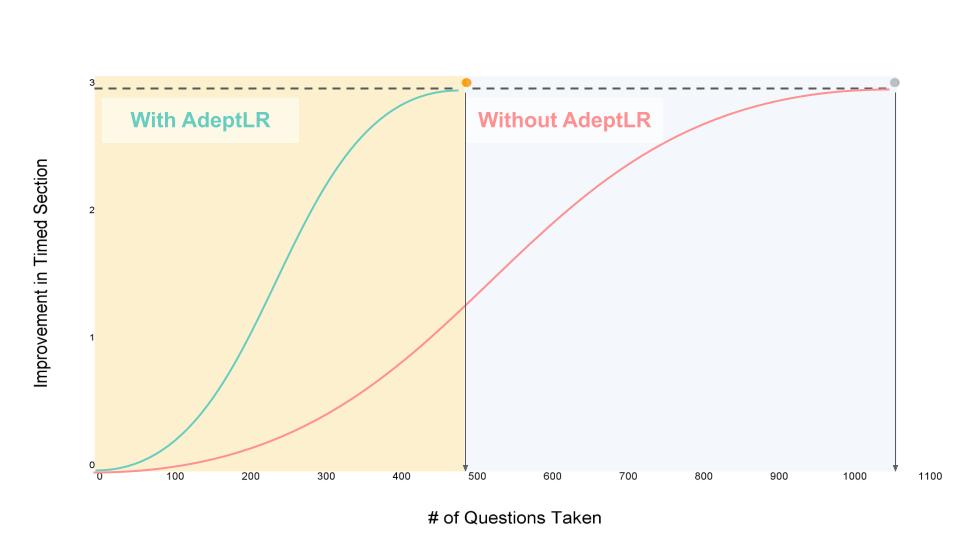 Data Intelligence – Study Strategy Part I
Our data found that: (1) our algorithm helped users improve faster by reducing the number of LR questions required for an increase in their LR timed section score; (2) Breadth drilling (discussed in our previous blog) is more beneficial at the beginning stages of LSAT prep while Depth drilling is more beneficial in the later stages; and (3) for LR, regularly taking timed sections in between drilling is more effective than taking timed sections only.

What type of driller are you?
Our data found that (1) users' LR timed section score steady increases the more questions they drill, and (2) with our adaptive algorithm, Depth-First Drillers (discussed in the blog) spend the majority of their time tackling moderate to difficult questions and achieve on average 21.4% accuracy improvement when answering difficult questions. Subscribe our newsletter to receive the latest blog posts. No spam.